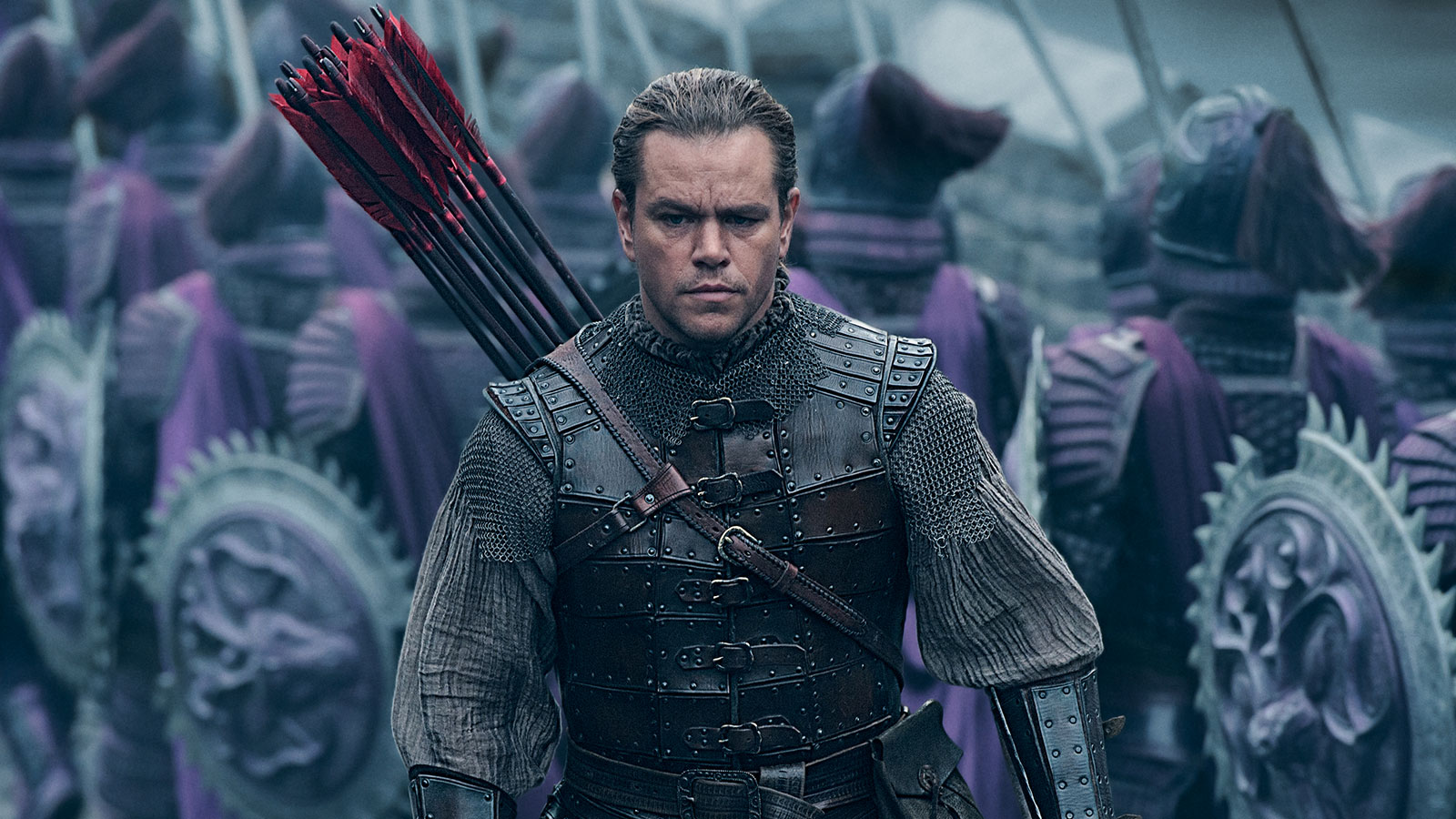 Underneath this surface of CGI, is a poorly constructed story which lacks depth in every direction.

Gone are the days where films with computer generated special effects seldom feature in the screening schedule. Now, vital to almost every film, CGI blockbusters release on a weekly basis, many of these potentially suffering from decreased sales and an even greater set of critical scrutiny without such technology.  The Great Wall is no different, and one of the things (one of the only things) it manages well, is to create a series of battles that feel fantastical and distant but at the same time wholeheartedly real.

Matt Damon plays William, a man on the hunt for magic black powder. His search leads him, with best friend Tovar (Pedro Pascale), to China. After an arduous journey they are confronted with a great wall. A wall that was built for one reason. One reason that wasn’t to keep things in…

The Great Wall is visually stunning. With vibrant colours and regimented themes, it appears as an awesome show of modern cinema’s seemingly endless capabilities. Huge scenes of CGI greatness and thickening battle make for a fulfilling watch. In fact, the monsters are the film’s strongest element. Not only are they unique but the idea behind them is one of unification. All too often are cinematic armies killed with one arrow per unit and portrayed as mere target practice. The Tao Tei have thought and intricacy touched into them creating a truly formidable foe.

Underneath this surface of CGI however, is a poorly constructed story which lacks depth in every direction. Through underdeveloped characters, a lackadaisical plot, clichéd dialogue and some chokingly bad acting, the film is dragged down considerably.

There is obviously a huge difference in the vision set out by the screenwriters compared with the one director Zhang Yimou looked to create. The Great Wall feels like a tug of war between the two. It’s a poor script pulling against a purely visual experience. The battle scenes are magnificent, but anything away from that feels slow and unwanted. The acting is very poor and it leaves a lot to be desired. These issues are down to Zhang Yimou. The script may be weak but he has shown within the film the vision he originally had for it. There is no excuse for leaving quieter moments with plot-driving dialogue to lay for waste.

Even worse, the character development is nonexistent. Pedro Pascale’s Tovar is constructed in an exceptionally shoddy manner. His personality resembles that of a lone warrior but his constant change of attitude toward best friend William makes him look temperamental and impatient rather than survivalist.

This unsure motion runs throughout. It feels like sections are missing and others suffering from being squeezed into two or three minutes. It is a bit of a mess and there is a lot is crammed into the one hour and 40 minutes. There are references to ideas that could spring into future pictures and for a film so plot driven, it needed to last longer. Get everything out into one film but make it quality. It feels like they were rushed for time from start to finish.

The Tao Tei are strong and impressive monsters. The battles are glorious and epic spectacles, but the rest is below par filmmaking that wastes everyone’s time.