Fences doesn’t seem to understand its audience.  Just like Denzel’s character, it works for itself and expects the audience to tag along

It is often commented by critics how difficult it is to transfer a performance from stage to screen. Fences is absolutely no different and though there are identifiers showing how difficult a task it was enlarging the production to fit a cinematic audience, on the whole it is a well rounded production. There is an evident struggle with the fact that the play’s themes and settings were particularly awkward when translating onto the screen, however, with Denzel Washington and Viola Davis knowing the story in such depth, both winning Tony awards for the stage production, Fences becomes an incredibly complicated production.

Troy Maxson (Denzel Washington) lives with his wife Rose (Viola Davis) and son Cory (Jovan Adepo) in Pittsburgh, Pennsylvania. He works as a waste collector with his time as a champion baseball player behind him. Troy and his family look seemingly happy from the outside, but when the film looks over the fence, they are anything but.

Fences is an absolute literary triumph. The script is stunning with its glistening monologues and confrontational dialogue, it holds together an incredibly rich sensation. There is a sense of a gigantic power war, all in one back garden and all because of one man. There is no wavering away from the destructive path the story is on. It’s almost like a snowball rolling down a hill, gradually gaining in strength and speed until nothing can stop it. Fences script is outstanding. 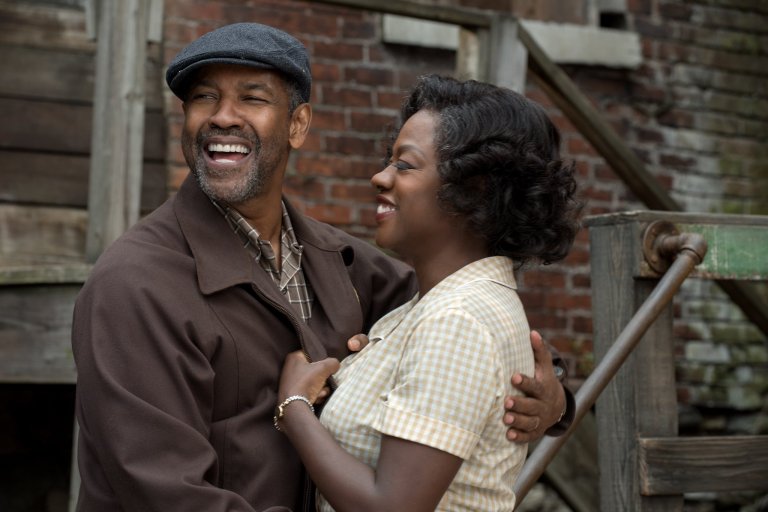 It is however let down in other sections of its development. Denzel Washington shows his acting and directorial ability with differing results. The former being far greater. The scenes without him are easily the film’s weakest, which potentially stems from him being unable to direct from behind the camera. He needs to be within the scene to fully understand it. In fact, the performances on the whole are magnificent and manage to distract from the weaker moments. Viola Davis bounces off Washington like no other and in the moment, they don’t act like they have been together for 18 years, they live it.

There is however, one huge gripe that almost ruins the whole production. The films ending is wrong. Simple as that. The story builds and builds, hours of groundwork, just to turn to a numbingly weak ending. There are two hours and 20 minutes of film and Fences simply cannot afford to let itself down in the way it does. It makes a great piece of drama feel like a waste of time. It is a huge shame because for the most part it is vitally important. Fences doesn’t seem to understand it’s audience.  Just like Denzel’s character, it works for itself and expects the audience to tag along. This has certainly alienated some and rightly so.

At times, it is truly sensational. The whole cast brings to life a stage production that was clearly difficult to produce, but there are certain elements that seriously let it down. Yet, overall, it is a fascinating watch, and never forget that it is called Fences.