The visuals are stunningly beautiful and the emptiness of the cinematography is sensational.

An absolute theme has resonated from the multiple ‘true story’ and semi-autobiographical film releases over the last two months. The films with a foundation of deep reality and humanity work so much better than the ones that take a path with more fabrication. Often, a true story doesn’t need embellishing to make it stand out, it needs to tell a story while holding compassion close to its chest and letting empathy flow through it. What Moonlight does better than any film released this year, is capture a personal sense and expand it brightly and intelligently.

The story plays out in three parts. The first focuses on Chiron (Alex Hibbert) as a young boy growing up in Miami, struggling to deal with his mother’s (Naomie Harris) temperamental state and her drug addiction. He is helped by drug dealer Juan (Mahershala Ali) who acts as his father figure during a difficult time. The second act jumps to Chiron’s time in high school, now played by Ashton Sanders, he struggles with constant bullying and spends his time tormented and often alone. Made worse by his mother’s intensified state her capacity to look after him becomes nonexistent. Finally, Chiron (Trevante Rhodes) reaches adulthood and his new personality comes with a life of dealing drugs, but he takes a chance on meeting an old friend, still looking understand the person he truly is.

Moonlight is a film of complete resilience and self worth that sits so human. It’s a story of adversity which resonates so strongly aided by visuals of stunning beautify and cinematography with a feeling of such emptiness it looks sensational. It is rare for a film to look as eye-opening as Moonlight does and it proves that a picture can have as many special effects as it wants but nothing can replace the real visuals modern cinema can produce. There is a rough yet clean cut feel which personifies slicing perfectly through a cake, but inside rocks and lumps fill the space needing intricate inspection. 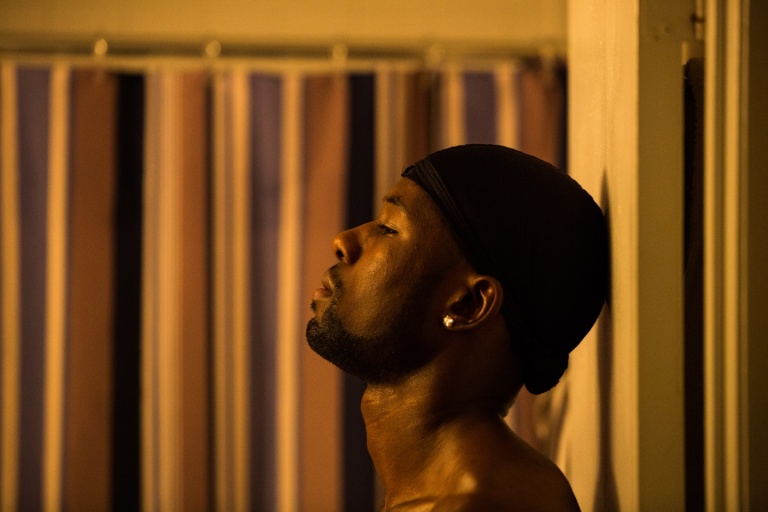 Each of the performances are heartrenchingly real and the direction by Barry Jenkins is outstanding. Jenkins has elegantly worked the film together with incredible shot design and a thirst for reality. Naomie Harris as Paula is above the rest for her creative approach as a woman of huge magnetism and disgust but more so for her portrayal of manipulation.

For the most part, Moonlight’s pacing is pinpoint perfect yet this disappears as the third act turns in. For a film about finding identity Moonlight struggles to find its own at the most key of moments. It layers and builds, and layers and builds but when the final step is taken, to look at everything that has happened to Chiron, it merely makes a flesh wound instead of plunging hard into the chest. The ideologies Chiron runs on change in the most subtle of ways and it feels disjointed from the previous vital moments of his life.

Yet, this doesn’t take anything away from the fact that Moonlight is brilliant. From the use of the Sun and the Moon in camera shots to the intimacy it produces with the quietest of heartbeats, Moonlight will not be beaten. It will not be taken down and it will stay true to itself in a simply stunning series of events that attempts to understand the true core to all human life.