The plot follows Steven (Colin Farrell) as his strange and unusual relationship with Martin (Barry Keoghan) begins to impact his upon family life. It becomes a major issue when Steven’s son Bob loses the ability to walk, and the truth of the situation becomes apparent to everyone.

The Killing Of A Sacred Deer only suffers because it limits itself so freely. The film feels intent on setting up barriers to its wide expressionism. There is a huge amount of film, theming, and vibrancy locked into the tight constraints that The Killing Of A Sacred Deer run by, and genuinely the capabilities were there for it to expand outward, rather than reverting back inwards and only showing some of its vast potential. 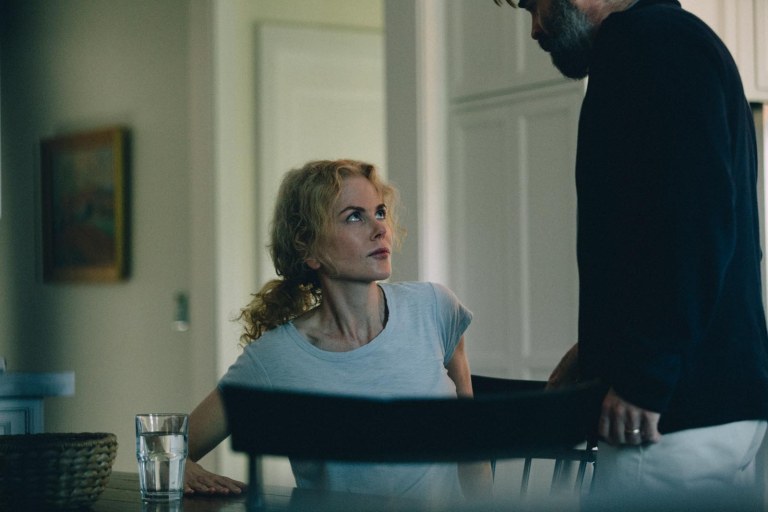 Yet, for what it is, the film is incredibly rich, and massively overpowering, but remains so intense it’s absolutely enthralling throughout. Being based upon Greek tragedies, and styled in the same way, there is a distinct sense of historic individuality running through the core. It is drama at its modern-day finest and does a great job of telling its story, an element major productions often forget about, and the smaller pictures get so right.

It is undoubtedly a brilliant film and manages to combine brilliant performances from Colin Farrell and Nicole Kidman with the wonderful style of Yorgos Lanthimos. It is a better film than Lanthimos’ The Lobster with more evident experience on show, but without filling its potential, The Killing Of A Sacred Deer doesn’t quite stand out for its uniqueness in the same way.