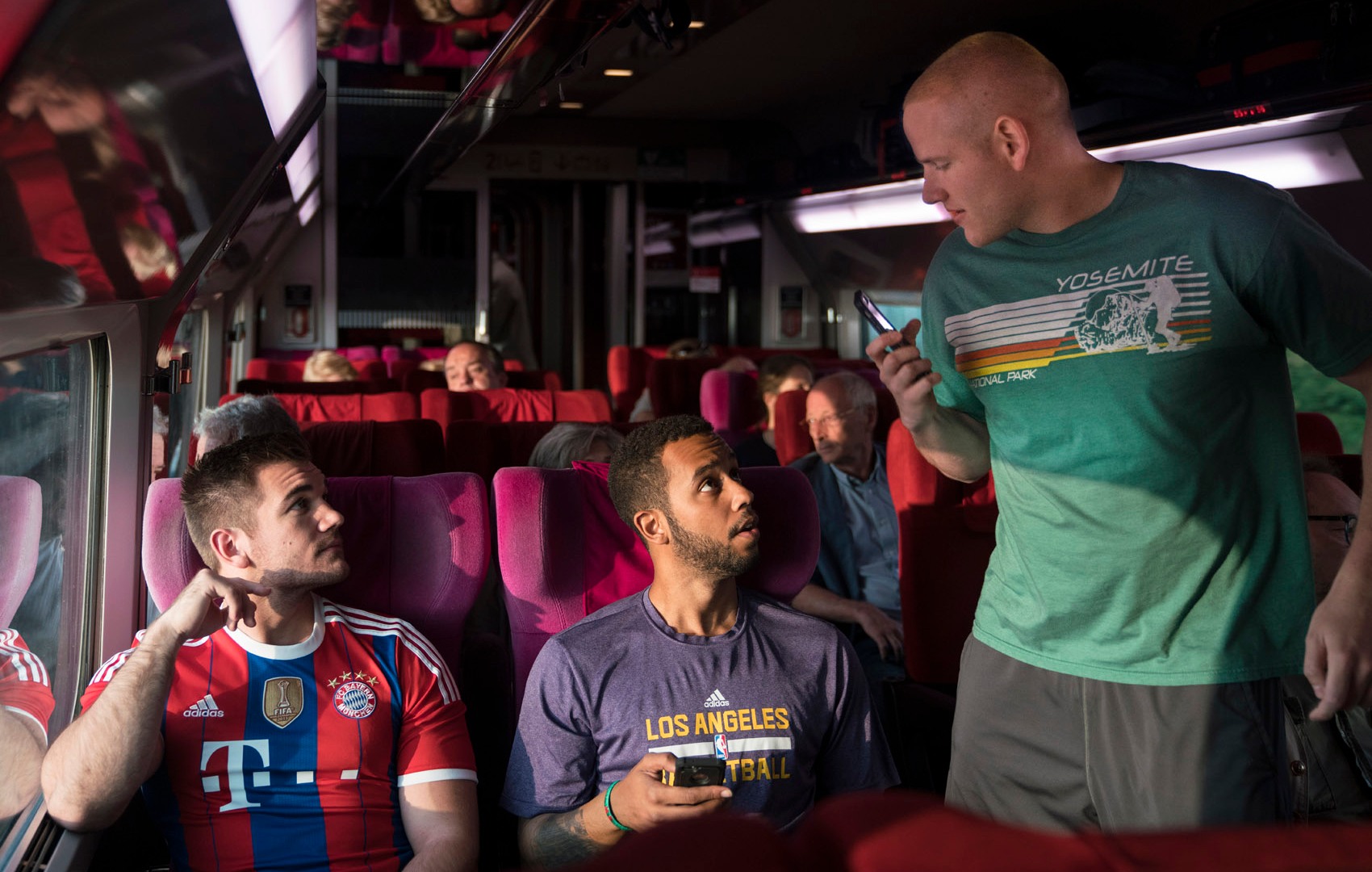 Recounting the events of the planned mass shooting aboard a train traveling from Amsterdam to Paris in 2015, The 15:17 to Paris is the latest film from longtime director Clint Eastwood. The event itself is one of incredible bravery and huge risk, but the film, having cast the real-life heroes in the roles as themselves, gives it a decidedly odd turn.

Nothing can be taken away from these three American’s heroic acts, and they deserve all the plaudits they can get for what they did. Yet when a film is to be made about them, don’t use them as the main cast. None of them had acted before and it shows monumentally as the whole picture feels drastically staged, unnatural, and painful. They clearly try their hardest but it’s awful to watch, and adds nothing to the overall quality of the picture.

Which, incidentally, is very little anyway, with an appallingly restricted and stuttering script and a beefed out plot resembling a big ol’ bag of air. Its themes and ideas resemble an all-American flag-waving parade, as they insinuate God and Americans are better than everyone else. From taking bitter jokes from Germans on the chin, helping anyone and everyone, and being the guys everyone loves, the Americans are presented as almost omniscient characters, when their humanity is what makes their story so special. It’s the sort of patriotic and religious drivel that gives many a sense of false superiority.

The film never gets going, and it’s forced acting and frankly terrible storyline (up to the actual events) make it a lacklustre and painful screening, doing no justice to the men who potentially saved hundreds of lives.