The ability of computer generated characters and background, though close, is not good enough to replace a real environment

20,000 years ago, Keda (Kodi Smit-McPhee) is a young tribesman believed to be dead. Abandoned with no sense of where he is, Keda befriends Alpha, a wolf also seeking companionship. The pair, together, traverse the wilderness looking for any sign of a way back home.

Alpha’s main task will be finding an audience. Trapped with a 12A rating in the UK, the threat (as the BBFC calls it) will likely be too much for the potential younger viewer to cope with, and an older set of children (teens) will happily, and somewhat accurately, call the film out for being boring. A summer release and carefully placed marketing campaign suggests Alpha is looking for the family mainstays, but there doesn’t seem to be much traction around gaining those viewers in reality. 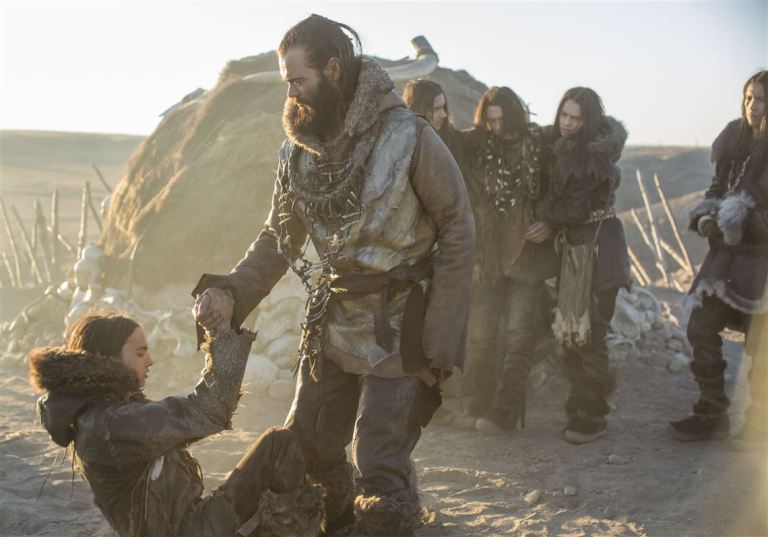 Largely without dialogue, Alpha relies on its breathtaking cinematography and CGI creatures to lead the charge for quality, but often the animation falls short. The scenes filmed inside a studio are obviously inferior to those of the real scenery, and their impact draws away from Alpha’s power of connection. The ability of computer generated characters and background, though close, is not good enough to replace a real environment and causes great suffering to Alpha’s quality.

Once it is into its story, flowing with energy and adventure, Alpha becomes a great watch, even when the CGI can’t help but draw away from the powerful sections of film making. It isn’t the only negative, but it makes itself the main one.

Centrally, Smit-McPhee is wonderfully heroic, showcasing a brilliant character arc only complemented by his wolf partner, and without this connection Alpha would fall on its face. It is the moments between the pair that hold the film together, even in the most tenuous of moments. Alpha is certainly no masterpiece, but there are positives to be found; But they have definitely been done before.