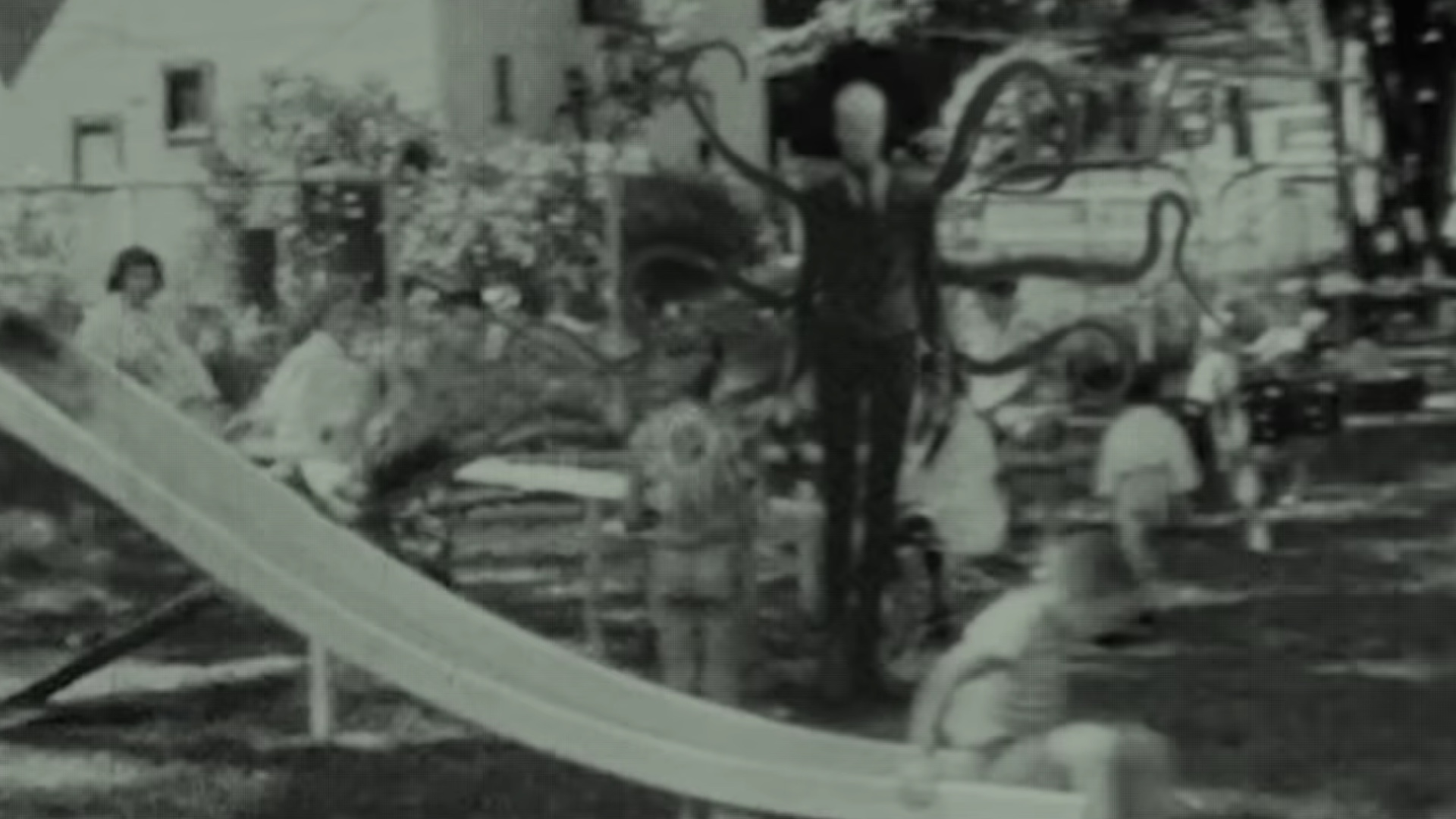 Are we not over the pathetically written teen horror movie?

Are we not over the pathetically written teen horror movie? Passionately un-scary and terribly constructed, Slenderman is everything modern horror films shouldn’t be. Filled with cliches and recycled scenes, the film is pure dross, showing again how corporations desperate for money, rate the numbers higher than any of the notions that decide a film’s quality.

On a sleepover, four teenage girls copy their male friends and attempt to summon Slenderman, the kidnapper of children. Deciding the video they follow is obviously fake, the friends carry on with their school lives, but, after just one week, Kate goes missing, leaving the rest of the group suspecting Slenderman as the sole kidnapper.

Everything about Slenderman feels forced. The utilisation of four female leads attempting to seem diverse; the usage of Slenderman himself, a monster of genuine fear in the games, as a weak CGI imitation; and a script so lacking in substance it can’t have been written in such a way by accident. There is nothing about the lore or origins of Slenderman included in the film that make it feel important. The film is very much a sequence of cliched horror scenes that could fit any monster quite happily. It avoids being situational, for the fear of being niche. By doing that, it makes itself obsolete and passive.

There are no positives, even the young cast struggle to do anything with such a barren script. It’s a waste of space on the release schedule and offers no genre advancement and nothing noteworthy. A pointless exercise in film making that absolutely should not have been made. Especially in its current form.