The Grinch’s pros have cons and its cons have pros, suggesting it does exactly what was intended

Converting Dr. Seuss’ incredible children’s stories into feature films has a strong track record. Whether it’s in the form of an animation such as The Lorax or live action like 2000’s own How The Grinch Stole Christmas, very rarely do Seuss’ characters fail to make it successfully to the big screen. However, Illumination’s newest film The Grinch is unprecedented in its bringing to life a character that’s seen a cinematic release before. With a comparison, there is added pressure, and with that comes an added scrutiny.

2018’s version of The Grinch however is far more mooted than Jim Carey’s over the top and brash version of the bizarre character. By taking the focus from a family orientation to that of a younger audience, Illumination have provided a calmer, more approachable version of the character. Less despicable that both the 2000 film and the original text. 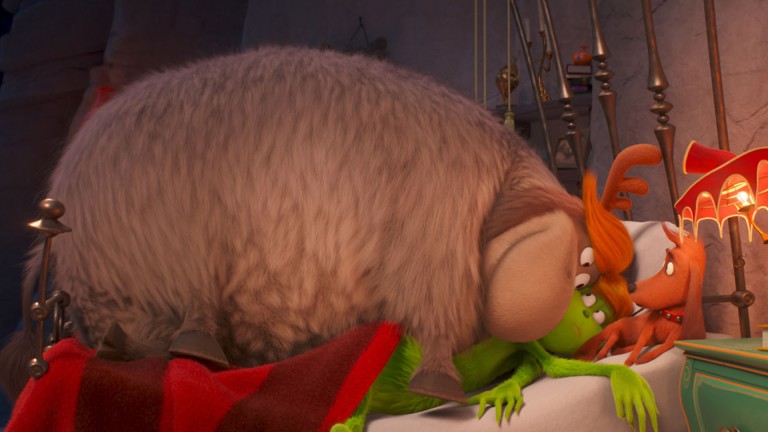 The animation toes the line just as all of Illumination’s franchises do, supplying the uniformity computer animation studios rarely look for. The Grinch is always pleasant to look at, but there’s nothing particularly exciting or different jumping out from the screen.

A familiar path is followed by the events of the relatively short story, with little in the way of twists or differences, with focus instead on creating a concise feature. It’s a questionable choice, but one that works for its purpose. Animation is ever broadening its appeal, but The Grinch definitely wants to limit that.

It’s certainly not all negative with a strong voice performance from Benedict Cumberbatch and a most wonderfully imagined version of Cindy Lou Who commanding the screen. It’s plenty enjoyable, but perhaps doesn’t express itself as vibrantly as the character has done in every iteration before. The Grinch’s pros have cons and its cons have pros, suggesting it does exactly what was intended; Just with very little actually intended.