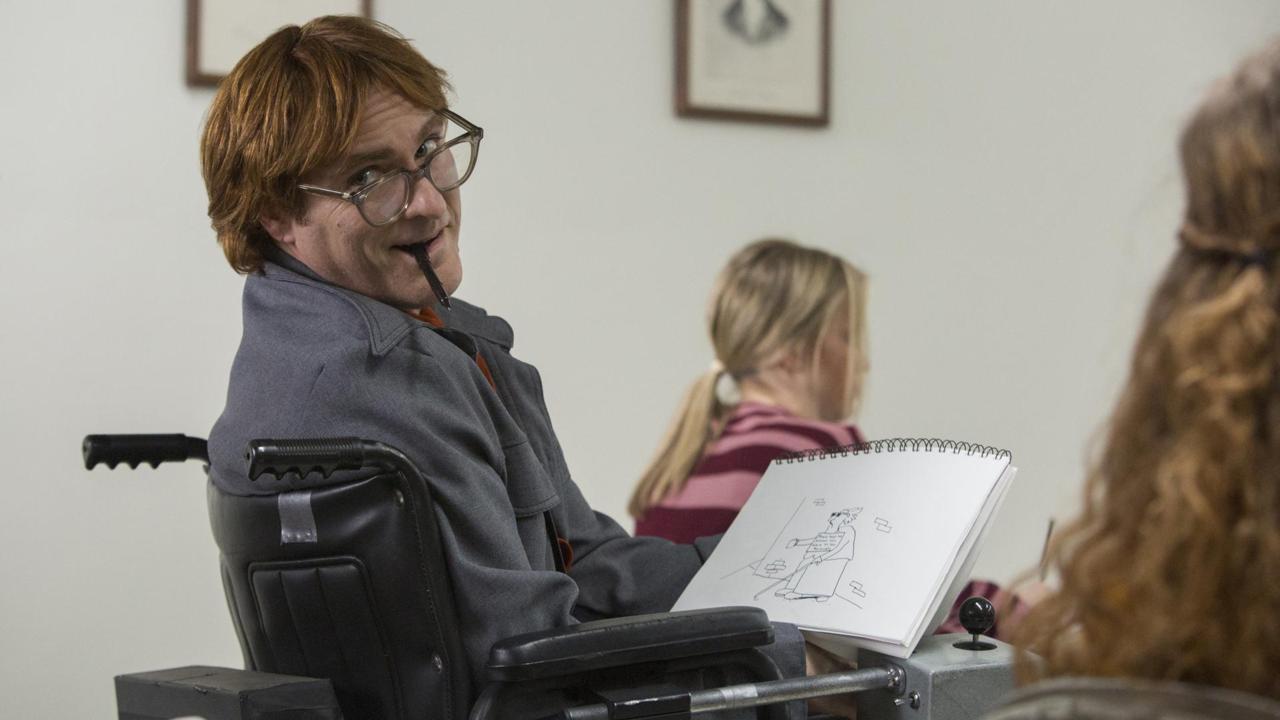 Don’t Worry, He Won’t Get Far On Foot genuinely feels as if John Callahan has been captured statuesquely within a piece of two hour modern film making

Getting the tone of a biopic right is perhaps the most important element to garnering any sort of success, critically or commercially. This is especially the case where the main personality, the featured character of the film, is relatively unknown to the audience. Don’t Worry, He Won’t Get Far On Foot is an enticing story in its own right, and seems to fully understand it’s subject marvellously well.

John Callahan (Joaquin Phoenix) is an out of control alcoholic with no prospects and a reliance on the toxin slowly destroying him. However, after a terrible accident, John is left as a paraplegic, unable to move the majority of his body without assistance. After discovering a new found love for art, John finds a way to combine his unique sense of humour with his skill for drawing and attempt to overcome his deep troubles with the support of a passionate Alcoholic Anonymous group.

Capturing the humour of John Callahan was vital, and director Gus Van Sant seems to have to gone to great lengths to not only include much of his original artwork, but to bring it to life as a cinematic theme, running it through the script as if it were a vein pumping blood. Don’t Worry, He Won’t Get Far On Foot is captained by its script, and the understanding of what made Callahan the man he was is used accurately, clearly and profoundly throughout.

Phoenix does an excellent job of showing both sides to Callahan, both before and after the accident, as well as progressing his character through the dark journey he faced. There’s a real joy in Callahan as a character, and Van Sant manages to make that vitally important to his story with an excellent structure to the feature as well as a wonderful script to back it up.

Jonah Hill is at his most brilliant in one of his most vivid performances to date, channelling a tremendously wacky mentor with incredible wisdom and impressive individuality to his characterisation. His helming of the AA group meetings is inspired, and this is only complimented by an inspiring support cast both within the group and outside of it.

Van Sant makes it perpetually clear that Callahan finds peace with himself in part to his changing values of self-worth, but also the enormous impact the support around him had in alternating his ways and his views on life. Don’t Worry, He Won’t Get Far On Foot is a wonderful piece of character film making, and genuinely feels as if John Callahan has been captured statuesquely within a piece of two hour modern film making.