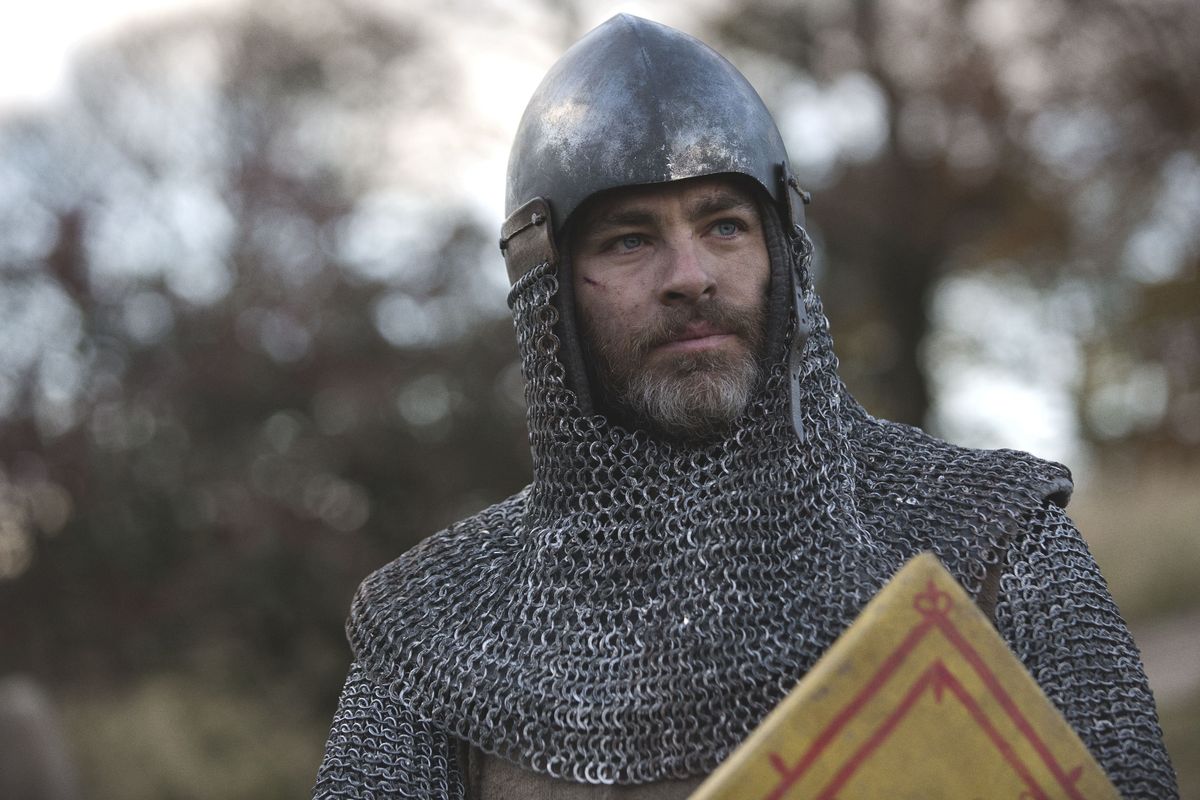 There’s a strong sense of character to Outlaw King, and that starts most openly from the characters themselves

It is the battles of Outlaw King that truly resemble the film’s core value. Eclipsing even the most violent offerings Game Of Thrones maintains (minus the dragons), there is a sense of relentlessness, passion and power coming from David Mackenzie’s latest feature that transcends so much of what has come before it.

Robert The Bruce (Chris Pine) manipulated and controlled by King Edward I (Stephen Dillane), turns his luck to become the King of Scotland. Driven by his determination to defeat those south of the border, Bruce sets out to claim the English throne, as well as the one he already sits upon.

It seems a difficult task to bring the drama and battles together in a film looking to hit with such incredible magnitude as Outlaw King. There is a need for the drama to build and intensify to the peaks the battles become, with a keen sense of direction and an impactful script vital to the feature posing a strong enough outward stance to make these battles seem meaningful and worthwhile.

Mackenzie’s direction largely allows that with a steady flow and a commanding hand, but this astute take is made emotional by a strong cast, thirsty to show off their astounding sense of realism considering Outlaw King is based around events that took place over 700 years ago. Pine is impassioned as Bruce, and his restrained power is shown unleashed via Aaron Taylor-Johnson as James Douglas. The pair contrast well, and they even juxtapose against Billy Howle’s Prince of Wales. There’s a strong sense of character to Outlaw King, and that starts most openly from the characters themselves.

There are questions around its historical accuracy, and that will always hinder a film if it’s deemed too fabricated, but the argument that events from such a distance in time can’t be exacted right now allows for creative freedom perhaps a little more than a film set in the modern day would. Outlaw King maintains its great build to its incredible climax, becoming another one of Netflix’s films that would perhaps have been even better were it lit up on the classic silver screen.