Cheney’s actions were unforgivable, and McKay has made sure that the blame is placed on the right man’s shoulders. It wouldn’t have been clearer if Bale walked around the set with fifteen large neon arrows pointing in his direction flashing: ‘He did it’.

Trusting a director who delivered both Anchorman films, both Other Guys films, Step Brothers, and Talladega Nights to actualise a film, from scratch, on one of the most heinous war criminals of all time is such a left-field decision it appears as one of recklessness and sheer craziness. Major motion pictures, as perhaps the leading form of art in the global modern day, are impossibly useful for delivering a point, delivering a message, and allowing for truth to be spoken in the most visual of lights. So why would this opportunity to uncover truth and villainy be given to a man with almost no track record for films with a powerful meaning and an understanding of how the world works?

Vice answers that on its own, with multiple answers, at exactly the same time. Thrown together like a letter of condemnation, with an overlay of five other messages, this is a film from a director with a point to prove; one that’s burned a hole in his desire for anything else. Adam McKay may be a left-field choice, but he caught the ball and threw it in Cheney’s face like he’s uncovering the truth all over again.

There’s some past in strong film making from McKay. 2015’s The Big Short is a connectable and analytic look at one of the most complicated moments in World history, publicising the 2008 financial crash, making it approachable for a popular audience. That is an incredible feat that didn’t necessarily receive the plaudits it deserved. And even when Step Brothers and Anchorman are explored, these are two of the most valued comedy movies of all time, and that is not just a simple trick of the light. McKay understands a popular psyche, perhaps too much, tapping into what the public want, when they want it. 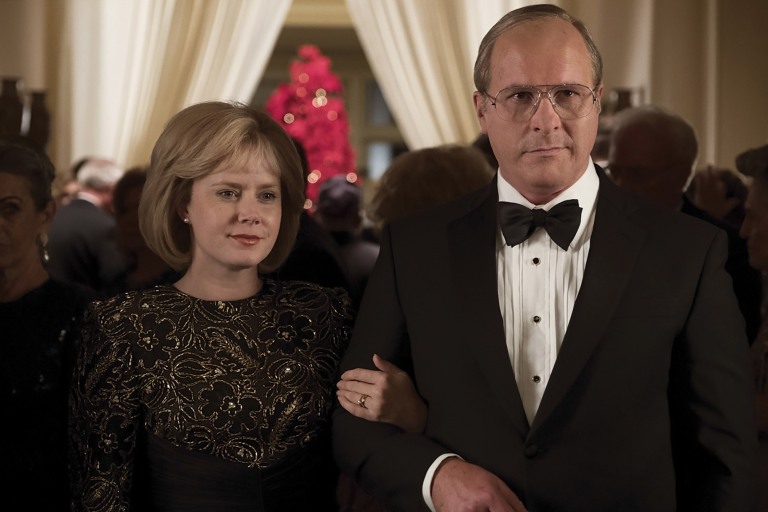 In many ways, Vice is his most jarring work. It’s far less approachable as an actual film. It’s alienating, insulting, annoying, frustrating but equally brilliant, becoming a true work of divisiveness. It’s too smart for its own good, coming across as a smarmy take on a story where the character needed to do most of the work. It’s deliberately forward, taking the audience out of the film to distract, and re-focus on the events of Cheney’s life. Christian Bale is simply incredible as Dick Cheney, the former Vice President of the United States, and however much he shines in the film, it was never left alone by McKay’s direction. He potters about in sections of the film he didn’t need to.

But this happens so much it can’t be an accident. It can’t be a continuous error of judgement because it literally annihilates all flow Vice has. It’s a deliberate touch of command that could have multiple reasons behind it as a creative choice. It feels as this is a suggestion that Cheney is not bigger than it. His character is controlling and powerful enough to be bigger than Vice, but McKay wants to prove he isn’t. This is his film, and however strong Bale’s performance is, Cheney is the man who committed these crimes the film engorges itself in, leaving Bale to act as the vehicle for this noise. There’s a thirst to tell the story, and a hunger to make sure Cheney is not seen in any way other than a war criminal and a man of pure hatred. For that reason, Vice has to be regarded as brilliant. It’s difficult to deny a film that can bring out such emotions with its direction as anything other than purposeful and powerful.

It’s narration makes it feel childish; it’s cutting to abstract clips is grating; and it’s editing choice is so provocative its infuriating. But these are talking points, and that means the film becomes undeniably useful in its creation of awareness around the actions of Cheney. Vice loves to point out how unnoticed Cheney has gone, even to this day, for his decisions made during George W. Bush’s tenure as President of the United States, and first and foremost that is what McKay sets out to change. McKay wants to get under people’s skin, and Vice is his tool of choice.

Often overly self aware, overly saturated and genuinely so painfully irritating, Vice is too much, in the best way possible. Cheney’s actions were unforgivable, and McKay has made sure that the blame is placed on the right man’s shoulders. It wouldn’t have been clearer if Bale walked around the set with fifteen large neon arrows pointing in his direction flashing: ‘He did it’. Vice is not a lovable film in any way, but sometimes there’s more important things to life than just being liked.