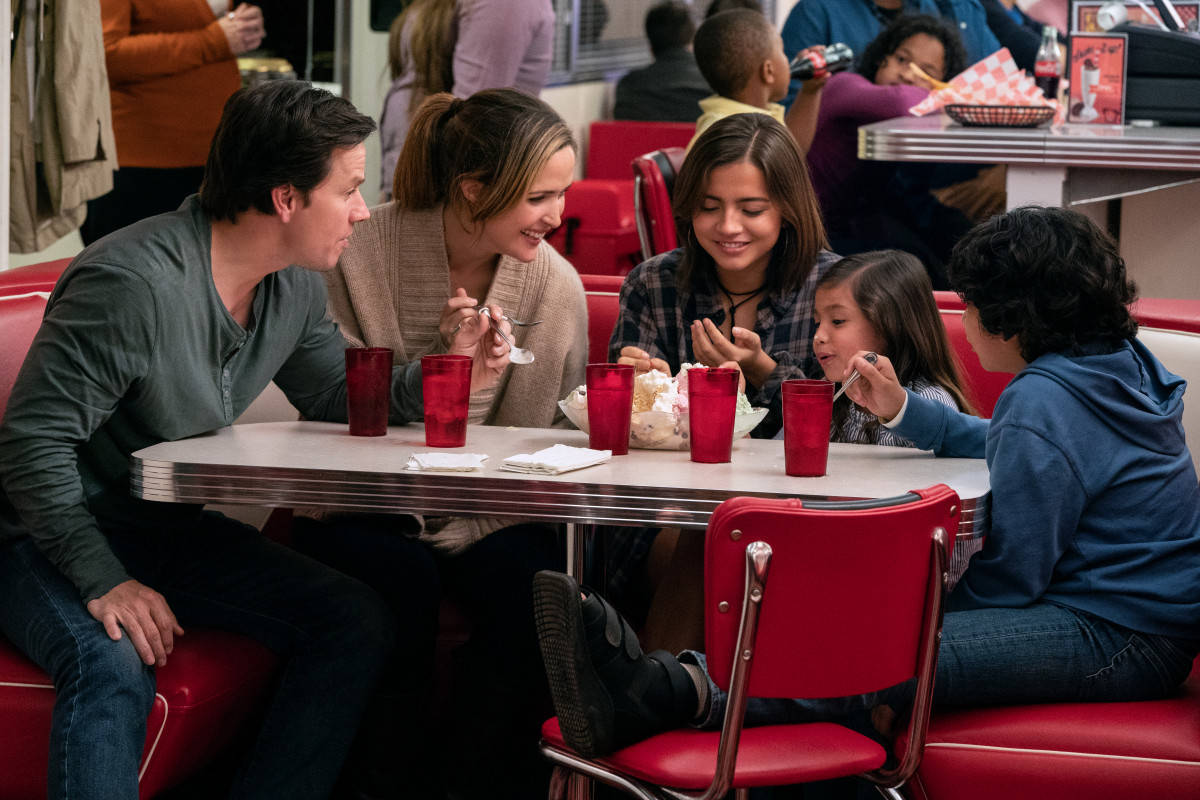 More than anything else, Instant Family is a sheer shock to the system. In not just the manner that a film of this nature could possess such quality, but this is a genuinely affecting and understanding feature, rising above many of the melodramas swimming across the surface of family orientated film making. Instant Family had no right to be as heart wrenching as it is, but after a little searching, it becomes clear how effectual director Sean Anders’ history with the child adoption procedure has been, creating the success behind Instant Family.

Pete (Mark Wahlberg) and Ellie (Rose Byrne) spend the majority of their time renovating un-nurtured properties with the target of selling them on at a later date. Deciding that there is something missing from their lives, the pair look to adoption hoping to escape the difficult baby years of raising a child. Drawn to one teen at an open day, the couple agree to open their home to her, soon to realise she comes with two siblings, and a whole host of challenges they didn’t even know existed.

Brilliantly charming, Instant Family opens its arms to enter the Wagner family along with the children, and after the initial and slightly rushed opening scenes, the feature settles into a wonderful pace, with both vigour and heart, still allowing for the true sentiment to run through the narrative. There’s a constant understanding of how real the situation Instant Family portrays can be for so many families across the world, and not once does the film hide from that or pretend that it’s instead based on pure fiction.

Byrne and Wahlberg will never be the greatest actors, but they are both experts at selling the story they are tasked with. They are relatable on a level of realism, portraying those everyday characters often forgotten about in the expanse of modern cinema. Instant Family needed these ordinary character at its core, enabling the realistic feel of the ideas it presents. Much of the power of the feature comes from its basis in sheer need to be ordinary.

Instant Family is never hilarious and never outrageous, but it is always charming and always real. At no point does Anders’ story try to hide from the reality of adoption, or shy away from the positives to stop it seeming overly glorified. Without his first hand experience the film would not be as embracing as it is, but the balance between reality and fabrication for cinematic purposes seems to be absolutely perfect.