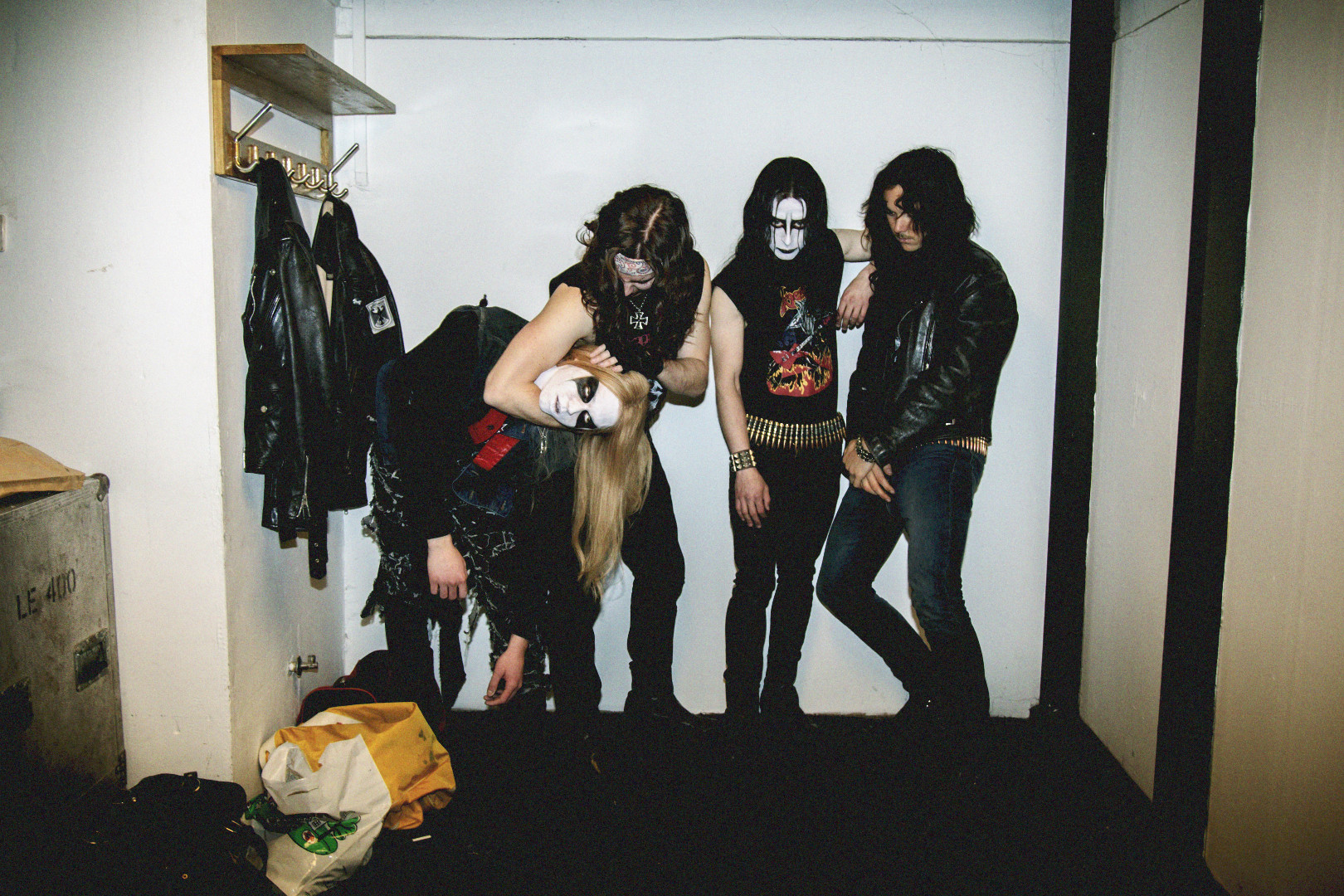 Powered by its horrifically absurd true story, Lords Of Chaos is a horrendously gruesome picture with truly eye-watering violence and harrowing imagery. But when visuals layered on this thick are so tough to watch, the rest of the film has to stand up to scrutiny, making the wincing absolutely worthwhile. Lords Of Chaos however, does not do that, leaving behind a trail of pain and blood splattered over a shallow and simplistic drama.

Euronymous (Rory Culkin), the guitarist for black metal band Mayhem, wants to complete their line up as they seek to release their first album. Taking on Dead (Jack Kilmer) as their lead singer, the band gain a reputation for their brutal, self harm filled shows. Attracting the attention of more fans than ever, Euronymous is approached by Varg (Emory Cohen) a self produced artist from Bergen, and a man whose views on the metal scene were starkly similar to that of Euronymous’. Eventually joining Mayhem, the pair take up competition outdoing each others radicalism and anarchy, including the burning down of historical Norwegian churches.

Lords Of Chaos is certainly no easy watch. It’s constant bombardment of pain, blood and gore is visually taxing, and often leaves sensitive issues looking common or naturalised. The lack of empathy director Jonas Åkerlund squeezes into the film is absolutely exaggerated by its obsession with morbid theming, and any sympathy left in, feels as if it were a forced side thought. The violence isn’t gratuitous, with so much of the story based on true information from 1990’s Norway, but the way in which it is often handled seems blasé and insensitive.

The film may be about Black Metal, but there is clearly deep sorrow at the depths of the story, and Åkerlund rarely manages to make that clear. Euronymous and Varg are characters often left seeming lifeless and emotionless, something their clear passion for the music proves they absolutely aren’t. Lords Of Chaos is over the top in the most B-movie way possible.

Lords Of Chaos’ end product absolutely does not justifying its means, and for something as divisive, invasive and vile as it is, that is not a good thing. It’s artistic value doesn’t translate to the screen, and essentially it offers nothing but two hours of blood, self harm and imagery with no other worldly meaning, it seems to think it actually holds in abundance.