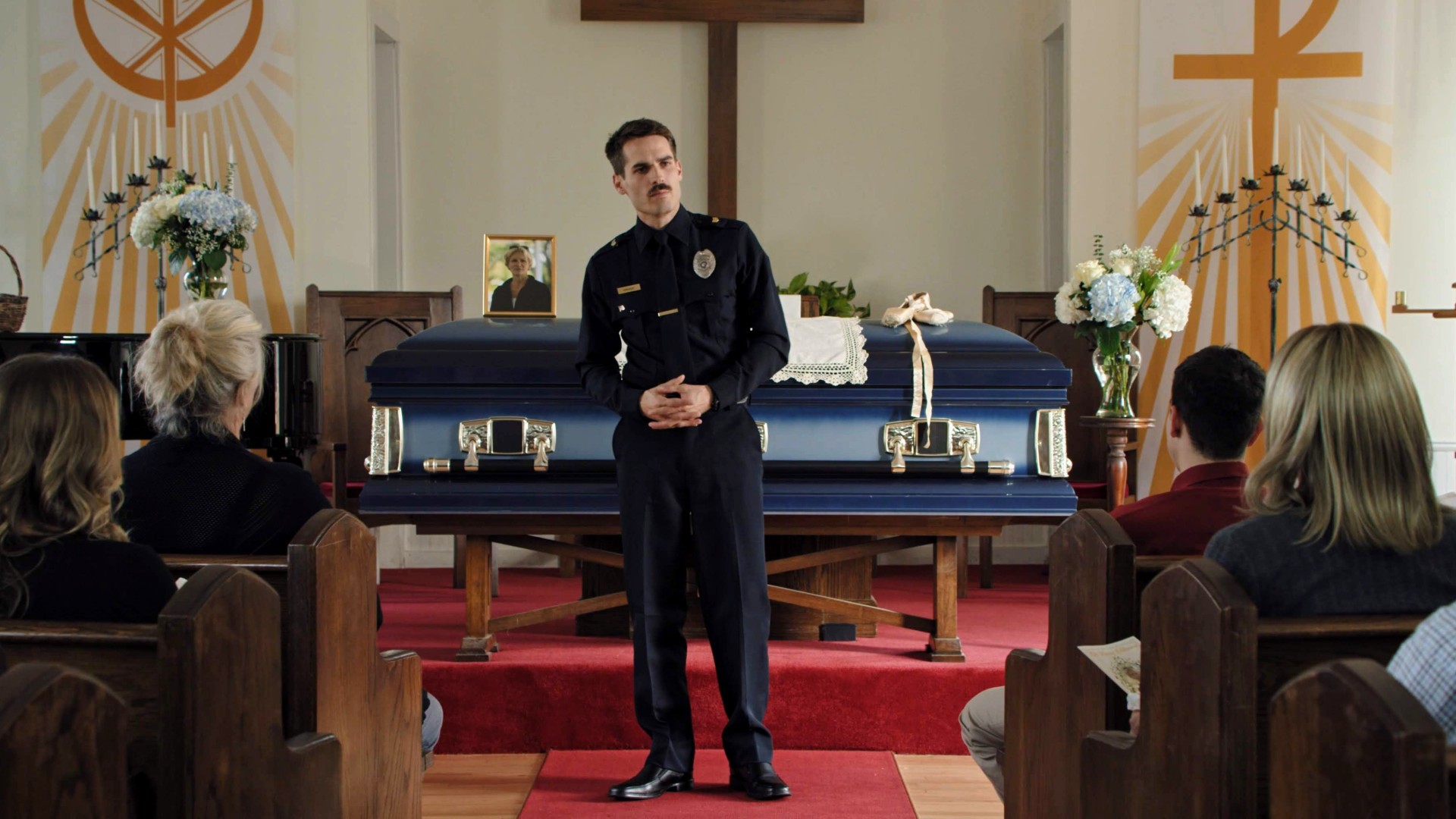 The vision Jim Cummings had for Thunder Road is simultaneously dramatically clever and utterly bizarre. His performance as writer, director and actor is so wonderfully harmonious, the film leaves little room for any swaying from its focus on lead character Officer Jim Arnaud, played by Cummings. Thunder Road’s centralisation around his character is brilliantly engaging, whilst it never shies away from hilarious moments lying adjacent to those of true emotional heartache.

Jim Arnaud (Jim Cummings) is struggling with the shared custody of his young daughter Crystal (Kendall Farr). Desperate to make an impression on her, he begins to find new ways for them to interact, despite always losing out to her preferred parent Rosalind (Jocelyn DeBoer). Yet, whilst shifting his focus to parentage, his attention dwindles from his role as an Officer of the law, hindered further by his grief for his late mother. 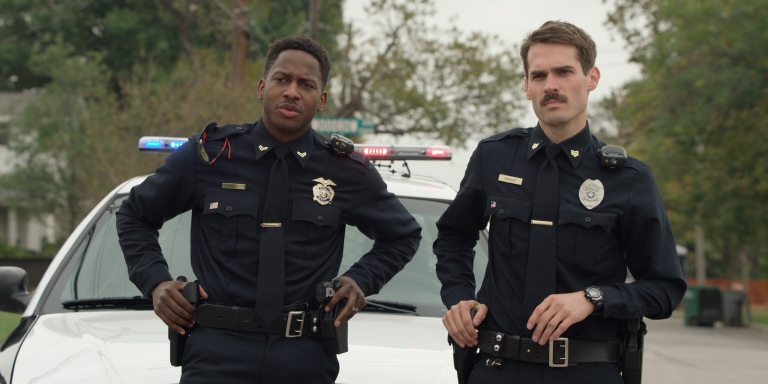 Cummings is never scared of doing exactly what he wants, at any point. Thunder Road is littered with moments that are so wonderfully intricate, a big budget film would never have been given the leeway to produce the film in the way Cummings has been granted, and that offers up a truly unique and positive piece of film making. A low budget forces a production to make tactical and thorough choices, often giving wild and unpredictable results, usually becoming a large portion of the most rewarding films in any given year.

Thunder Road uses these choices to hammer home emotions of complete opposite notions in quick succession, and rarely do films manage to produce and wipe a smile in such a brutal and wonderful manner. There’s a strong sense of reality grounded within Thunder Road, and however crazy Arnaud acts, the true to life feel of the entire feature stays strong. It’s a genuine credit for a film to feel so surreal yet entirely plausible in equal measure.

Being such a character driven piece, there’s an inevitable lull in its plot and the story it tells, leaving room for skepticism and criticism from those looking for a more forceful piece. But beyond that, whether its Arnaud’s complete inability to understand society from the view of those around him or his incredible personality transformation as an officer at work, Thunder Road is filled with snippets and quips that make a character piece work as well as this does. Cummings has produced an excellent piece of film, that proves low budget feature work is probably the most rewarding of all kinds.