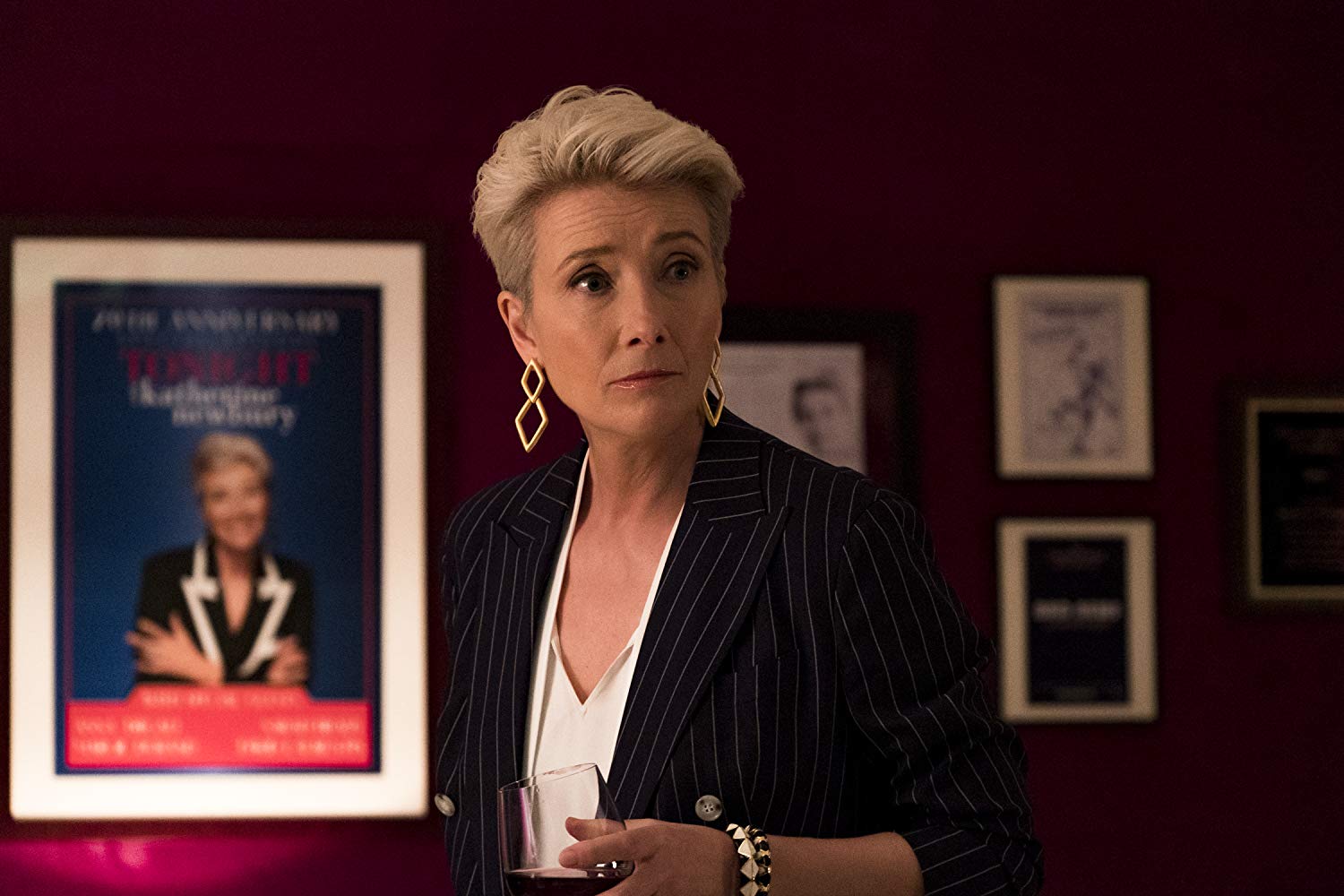 Mindy Kaling’s first reach into writing a feature film becomes a particularly modern affair, as it attempts to open itself to the criticism and the topics the world supposedly thrives upon. Feminism, mental health and internet coined phrases feature heavily in both Late Night’s plot and its script, leaving a heavily stamped feature, desperate to show its awareness and its want for change.

Ultimately, this makes for a progressive film, but one that perhaps touches upon these issues in lesser ways than previous, more revolutionary, films. Assassination Nation, Booksmart and The Kindergarten Teacher all approach these ideas with more impetus and a greater sense of understanding of how to visually present them. Yet, Late Night is funny, and bar Booksmart, the other features above don’t offer such a pleasure, perhaps becoming a great gateway to film around the modern psyche, rather than just a pale imitation of what they should be.

Kathryn Newbury (Emma Thompson) is an ageing late night television host, distant from everyone around her, including her own writing team. Threatened with removal from the show she has worked her entire life for, Kathryn demands a female member to be added to her writing team, giving Molly (Mindy Kaling) a shot at her dream job, despite having no experience in the role whatsoever.

Late Night continues Emma Thompson’s trajectory into commanding wiser, more astute personas, from the wackier roles that have become her staple of the last 10 years. Newbury is far from any of the best work Thompson has done, but she does hold a level of quality that propels the film forward. This combines with the rapport of its writing team, offering an opening look into the real-world lives of similar groups, becoming the film’s starting point.

Perhaps too organic, and overly forceful with its themes, Late Night is exactly the film it was sold as, with almost no straying from the three act feature and the predictable nature of modern comedies. It’s a hard feature to love, and doesn’t express itself nearly as well as it should have done, however its comedy hits and that can certainly be a rarity in the modern release calendar. It offers nothing original, but it’s a great reference point for features attempting to take on the white straight male patriarchy of the society Hollywood has been for some time.