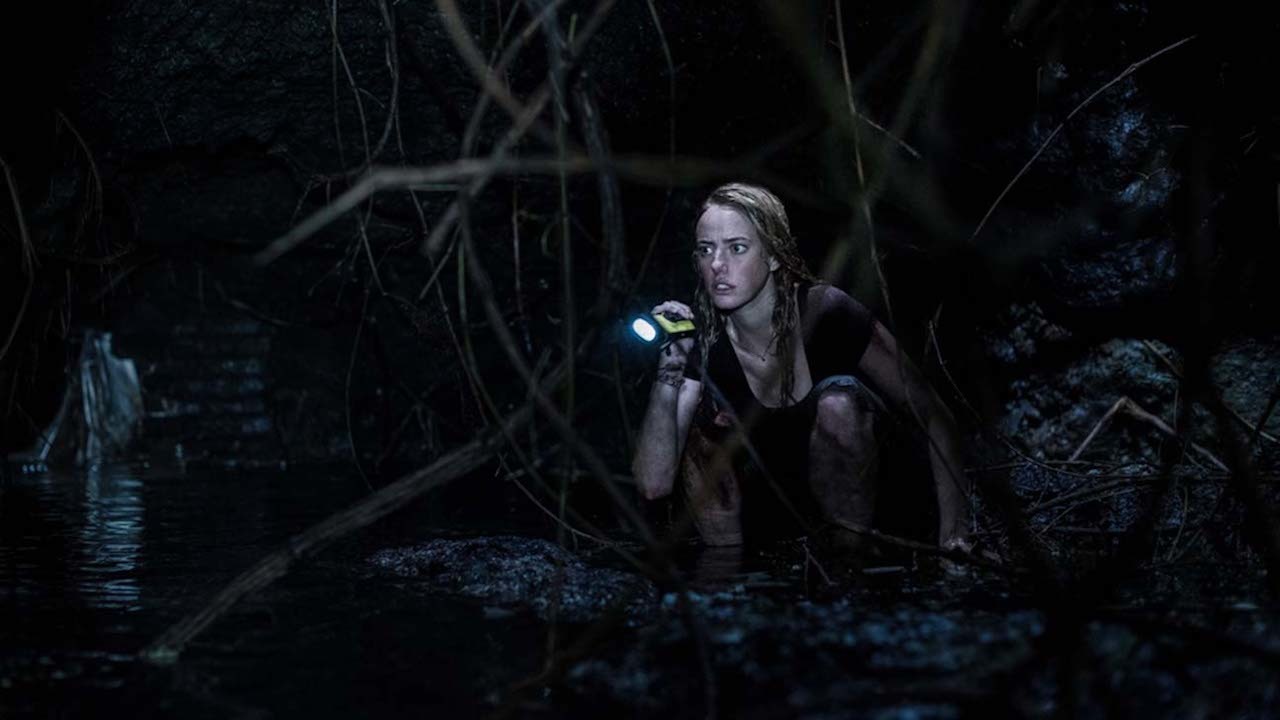 Where does a fear of alligators come from? Is it the thought of their rows of sharp teeth, puncturing your skin? Is it the knowledge of their immense strength, enabling them to throw you about in the muddy water? Is it purely understanding that this creature has the will power and ability to kill so aggressively? In reality, it’s probably all three. Suggesting an alligator would make a solid, fear-rendering foe for a thriller feature.

What it certainly doesn’t mean, is that the alligator is used efficiently, or even threateningly, making it a side piece in a film where it is supposedly the major threat. The rising water is naturally a problem, but only when our characters are neck deep, so other than that it’s the alligators, and Crawl really struggles to transfer that to any form of scare or genuine problem. 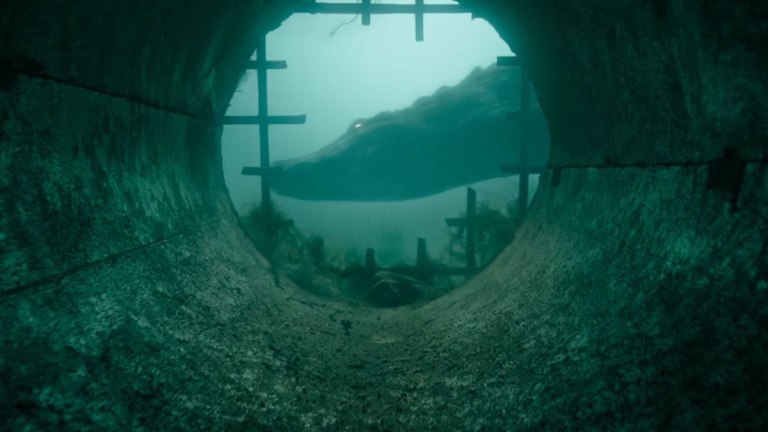 Revolving around Haley (Kaya Scodelafio), a college swim team star, Crawl follows her drive to her father’s house in Florida as a tropical storm makes its way towards him. With no contact from him for some time, Haley investigates to find him trapped in his own basement after an attack from a wild alligator. With the water level beginning to rise, the pair must find a way of escape from multiple dangers to their lives.

It’s telling when a film’s trailer is more intense and engaging than any of the actual feature. Crawl really struggles to implement any of its many threats properly, each dampening the others impact on a continuously expanding scale. It’s an incredibly limited piece, in terms of stature, resulting in the over use of ideas becoming incredibly detrimental.

Hampered further by its poor use of CGI, there’s no real power driving Crawl to a thrilling conclusion. With only one real positive in Kaya Scodelario, this is a B-movie disguised as something with far more tone, and far more enjoyment value.