The Current War should look more like a sport film, a race to reach the pinnacle

In a particularly bizarre fashion, The Current War, a film about the battle between Thomas Edison (Benedict Cumberbatch) and George Westinghouse (Michael Shannon) to control the electricity supply across the United States, feels exactly like an election film. Naturally it is a battle between the two men, a continuous power grab, but it is not an election. If anything, The Current War should look more like a sport film, a race to reach the pinnacle, the finish line. But by seeming more as a quest for popularity, The Current War leaves odd sensations driving its relatability.

Cast well, the film has its basis in the right place, but move that in a way of undercutting and scheming rather than genuine high level performance, The Current War becomes this strange body of politically charged energy that doesn’t have a political goal to reach. So as America chooses its electronic allegiance, it’s often a question of money that forces a final answer, despite The Current War wanting it to hold more political clout. 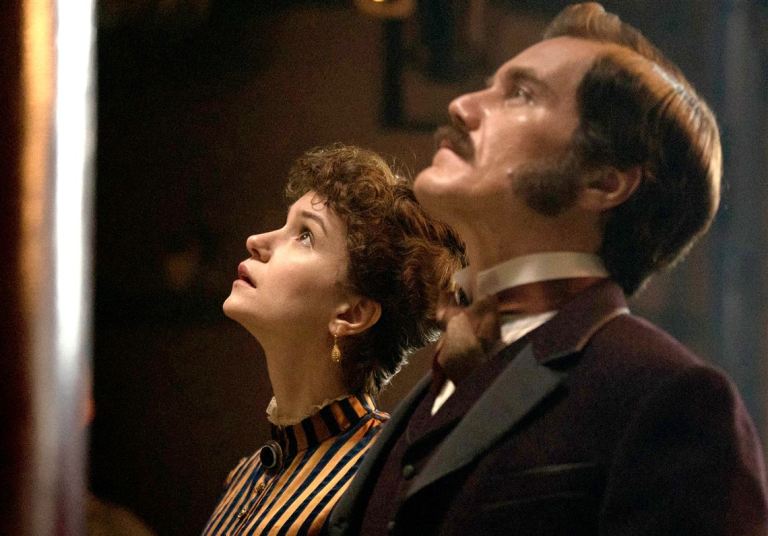 Whether a non-political piece like this can bring about the excitement required is yet to be seen, but The Current War just doesn’t quite cut it in the way it needed to. The excitement never reaches when a battle between two scientists takes the forefront, despite them meeting only a very limited number of times. The self created theatrics just aren’t enough.

It does it’s job as a self imposed drama, but little more than exposing a part of Thomas Edison’s history many would be fairly unfamiliar with. It has impressive performances to guide it forward, but the light bulb moments Edison seems to live his life around, never rear their head for the piece as a whole.